The Cancer Today editorial staff selects some of the most impactful reporting and essays of 2021. 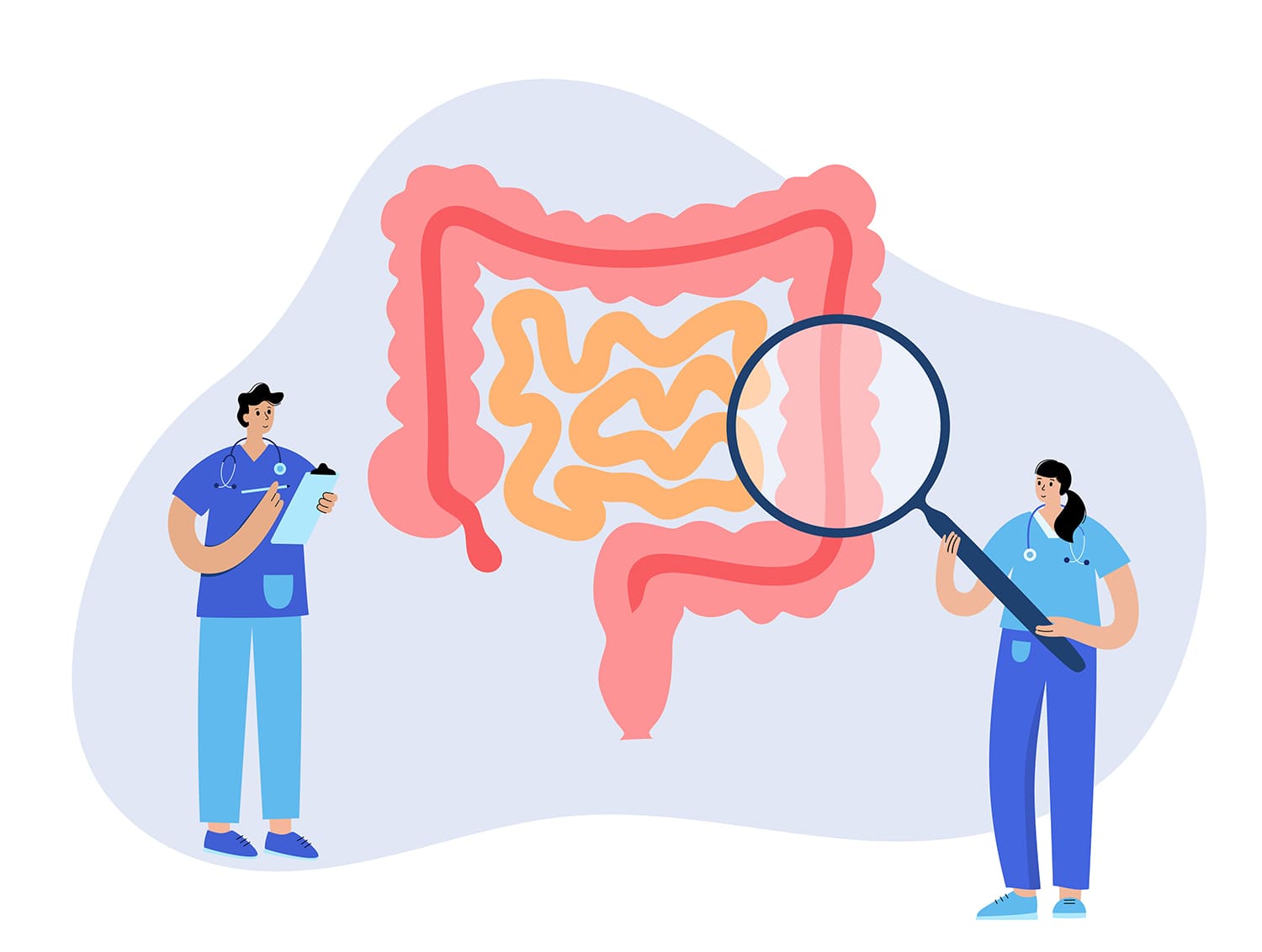 A 41-year-old now has a 47% higher risk of colorectal cancer than someone of the same age in 1991, and cancer screenings are down due to the pandemic. Photo by Pikovit44 / iStock / Getty Images Plus

THE YEAR 2021 brought both hope and despair as COVID-19 cases in the U.S. waned during the summer and then roared back due to the delta and omicron variants. Meanwhile, experts expressed concern over missed cancer screenings and delayed treatments for cancer due to COVID-19, and the diminished effectiveness of COVID-19 vaccines among severely immune-compromised cancer patients was identified. Below, Cancer Today editors highlight articles that shed light on cancer in 2021.​

‘But I Never Smoked’: A Growing Share of Lung Cancer Cases Is Turning Up in an Unexpected Population
STAT, Jan. 26

STAT reporter Sharon Begley describes how never-smokers make up a growing percentage of people diagnosed with lung cancer in the U.S. A 2017 study of 12,103 lung cancer patients in three U.S. hospital found that never-smokers made up 8% of the total from 1990 to 1995 but 14.9% from 2011 to 2013, a trend that researchers have been slow to recognize and are struggling to understand. In a poignant twist, Begley herself died of complications of lung cancer on Jan. 16, five days after she filed her story. She had never smoked.

Genetic testing is increasingly used to identify people’s hereditary risk of getting certain cancers, but testing multiple genes in a single test is more likely to identify variants of uncertain significance (VUS), inconclusive results that do not necessarily indicate an increased cancer risk. The medical consensus is not to make treatment decisions based on VUS, but research has found that some doctors may be recommending surgery based on them. “I’ve actually seen this a number of times, and it’s a very real concern,” said clinical cancer geneticist Kenan Onel of the Icahn School of Medicine at Mount Sinai in New York City.

Why I Kept My Cancer A Secret, And Why I Won’t Anymore
NPR, June 22

New Cancer Treatments May Be on the Horizon—Thanks to mRNA Vaccines
National Geographic, July 8

After learning in 2019 that she had an aggressive form of head and neck cancer that did not respond to surgery, radiation and chemotherapy, Molly Cassidy, a mother who is now 38, learned she was eligible to join a clinical trial offered at​ the University of Arizona Cancer Center in Tucson. The trial used immunotherapy along with an mRNA vaccine to treat the cancer, and the vaccine used technology similar to that used for the Pfizer and Moderna COVID-19 vaccines. By October 2020 when her treatment ended, Cassidy’s CT scans were clean with no sign of cancer in her body. Her story serves as a springboard to explore the promise of personalized mRNA vaccines, which are developed based on the characteristics of an individual’s tumor to help the immune system fight the cancer.​

A growing array of cancer treatments that don’t require chemotherapy means that thousands of cancer patients per year are spared its toxic side effects: hair loss, nausea, fatigue and nerve damage, among others. Even when chemotherapy is required, doctors can sometimes prescribe a lower dose for a shorter period of time. In the past, said Robert Vonderheide, a lung cancer specialist at the University of Pennsylvania Abramson Cancer Center in Philadelphia, “the big discussion was, Do you give patients two different types of chemotherapy or three? Now we are walking in to see even patients with advanced lung cancer and telling them, ‘No chemo.’”

Health disparities among people of color are expected to become more pronounced due to delayed cancer screenings during the pandemic. “COVID put cancer and health-care disparities on steroids,” said oncologist Kashyap Patel, chief executive of Carolina Blood and Cancer Care Associates and the president of the Community Oncology Alliance. “I have never seen this many people presenting at stage III and IV.” African Americans are about twice as likely as white people to die of COVID-19—with Black people being at high risk for hospitalization and complications. Even before the pandemic, Black people had lower survival rates for many cancers compared with white people. Both cancer and COVID-19 share many of the same risk factors that disproportionately affect people of color, including conditions such as diabetes or hypertension, and a lack of health insurance and access to primary care doctors.

As the War on Cancer Turns 50, Earlier Diagnoses and Treatments Are Saving Lives
AARP, Nov. 4

To commemorate the 50th anniversary of the National Cancer Act of 1971, AARP provided a broad overview of the progress made against the disease—as well as the challenges that still exist. Since 1971, the cancer death rate is down more than 25%, the article noted, with a five-year survival rate that increased by 36% between 1975 and 2016. Yet cancer remains the number one killer of Hispanic and Asian Americans, of women in their 50s, and of everyone from ages 60 to 80, the article reported. The effects of being treated are often debilitating, despite new advances such as immunotherapy and targeted therapy that can be less toxic. Over the​ years, ​researchers have also explored better ways to support people after their treatment.

In recent years, hospitals and cancer centers have become more welcoming to practices such as reiki, acupuncture, art therapy and yoga that fall under the broad umbrella of “wellness.” These are embraced by many patients, but some experts question their place in modern medicine. It’s a new chapter in a conversation that has been happening since at least the 19th century on the boundaries of medicine and how to best care for patients.

The U.K. Is on Its Way to Eliminating Cervical Cancer. Here’s Why the U.S. Isn’t Close
STAT, Nov. 9

In the United Kingdom, a study found that cervical cancer in young women was practically eliminated less than 15 years after the introduction of a vaccine that prevents the human papillomavirus (HPV), which is the cause of most cases of cervical cancer. But in the U.S. the vaccine has not been as widely accepted, caused largely by controversy around the perception of HPV as a sexually transmitted infection. “Parents got concerned that this meant their child was sexually active or it would trigger sexual activity,” said Allison Kempe, a pediatrics professor at the University of Colorado School of Medicine. The new data from the U.K. is a major success in cancer prevention, but failings in the U.S. offer lessons in how to promote public health messages and improve vaccination rates.​

The rate of colorectal cancer diagnosis has been increasing in younger people, and researchers don’t know why or what should be done about it. A 41-year-old now has a 47% higher risk of diagnosis than someone the same age in 1991. The known risk factors for colorectal cancer, such as smoking, drinking alcohol and eating red meat and processed foods, have not offered clear explanations for the rise, leaving doctors debating how to best find and treat cancer in younger patients. Recently, organizations that set screening guidelines changed the recommended age to start colorectal screening from 50 to 45, and more convenient methods to screen for colorectal cancer, such as at-home stool tests, may be an option for younger people whose overall risk is too low to justify regular colonoscopies.