May 24: The Week in Cancer News

Unequal access to care appears to be responsible for the elevated mortality rate from prostate cancer in black men, and women with a history of cancer who identify as lesbian or bisexual have reduced access to care. 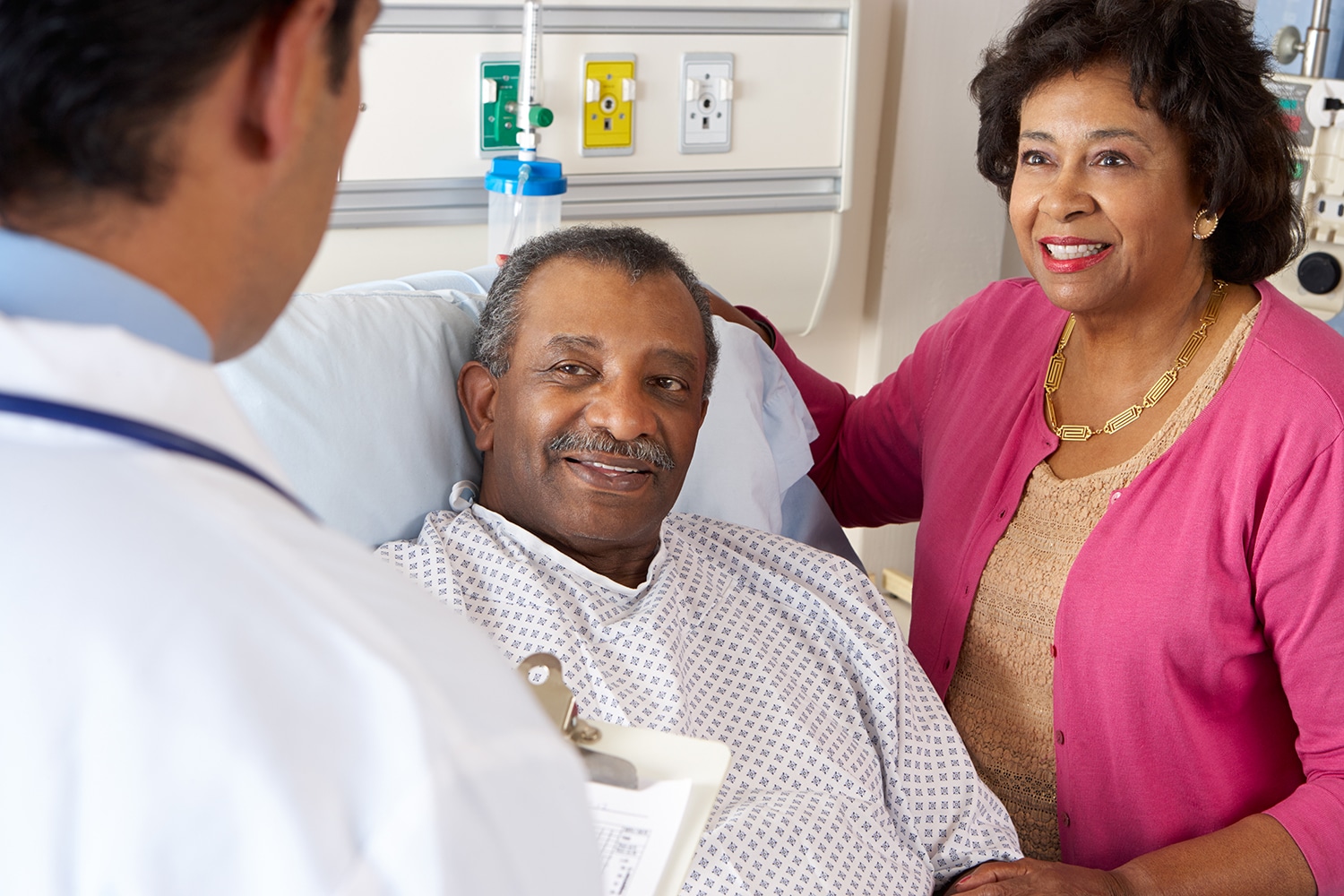 Black men in the U.S. have a higher rate of death from prostate cancer than white men. A study published May 23 in JAMA Oncology indicates that unequal access to treatment is responsible for this disparity. When the researchers looked at outcomes for men with prostate cancer treated in the Veterans Affairs health system or in a clinical trial sponsored by the National Cancer Institute, they found that black and white men had similar rates of death due to prostate cancer. “This data suggests that—although on the population level, more black men die from prostate cancer than white men—this disparity is largely, if not entirely, driven by social constructs and even systematic racial disparities in our country,” study author Daniel Spratt of the University of Michigan in Ann Arbor told NBC News.

A Nuanced Discussion of Diet

Data to be presented June 2 at the American Society of Clinical Oncology Annual Meeting in Chicago show an association between consuming a low-fat diet and decreased risk of dying after a breast cancer diagnosis. As part of a randomized clinical trial, postmenopausal women without a history of breast cancer were assigned to participate in a dietary intervention or to continue eating as they normally would. Over time, some of the women were diagnosed with breast cancer. These women had a reduced rate of death and of death from breast cancer during a median 19.6 years of follow-up. An article published by NPR provides an explanation of what these results do and don’t mean. While the study—which was started in the 1990s—assigned women to a diet intended to reduce their fat intake, it could have been some other aspect of the diet that was helpful. For instance, the people on the low-fat diet were asked to eat more fruit, vegetables, fiber and grains, and they lost weight, which also could have improved their cancer outcomes.

Women in the U.S. who identify as lesbian, bisexual or other and have been diagnosed with cancer have less access to care than straight women with a cancer diagnosis, according to a study published May 20 in Cancer​. Men with a cancer diagnosis who identify as gay, bisexual or other do not have reduced access to care, as defined by the study, compared to straight men. The researchers defined having poor access to care as lacking health insurance, delaying care, avoiding care due to cost or lacking a trusted physician. Sexual minority men were more likely than straight men to report that they couldn’t see a physician due to cost.